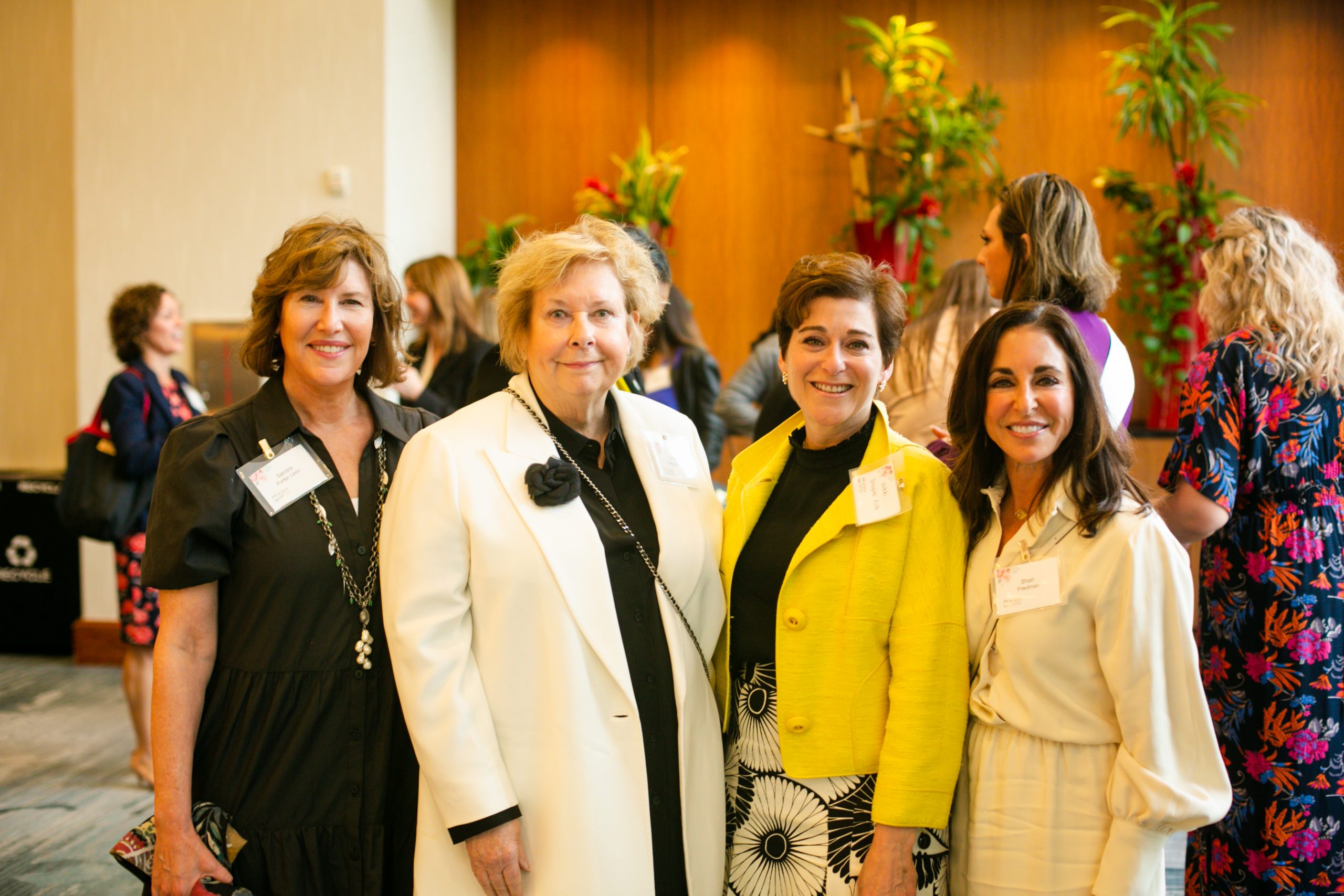 In April, Women United, a leadership society of United Way of South Hampton Roads, held its 2022 Spring Luncheon with the theme, Power of the Purse. The event, which welcomed new members from the past three years, was the first gathering since the start of the COVID-19 pandemic.

Before the event, attendees had the chance to network and visit informational tables for each committee of Women United to learn more about opportunities to get more involved. The women also had time to scoop up their last-minute raffle tickets for the drawing for three designer purses generously donated by members.

Dr. Gonzalez discussed the traditional role of women as household caregivers and how adaptation has created the second shift, where women are required to care for their children and household while also generating income in the labor force.

Research has found that which over 50% of entry-level jobs are held by women, less than 20% of C-suite leadership positions are. In addition, women are earning less than their male counterparts regardless of the credentials they hold, both nationally and locally.

And the pandemic has only widened the gap. Due to the lack of support within the American social system, for example in relation to childcare, women have been forced to leave income-producing careers in order to maintain their household.

So, what do we do about it? We become a generation of individuals who ignite change in our community. We demand greater transparency in the workplace. We insist on pay reviews and salary tracking. We champion gender diversity within our business. We rally members of our local communities to shed light on the inequality that women have faced for far too long. And we gather with other, like-minded women to support each other and support those coming behind us.

We have just the place for that. Women United is a local force of creative and driven individuals who are passionate about making a difference for women and children of South Hampton Roads. Established in 2002, Women United has a $10.5 million endowment fund, raised over $2 million in the past year alone, and now has nearly 750 members who actively work to make an impact in the 757.

Visit our website to learn more about how you can get involved with Women United.